Women in STEM make the world go ‘round. That’s why we’re excited for Ada Lovelace Day, an international celebration of the achievements of women in STEM.

The STEM gap is all too real: women make up nearly half of the U.S. workforce, yet just 27% of STEM workers. Ada Lovelace Day aims to close this gap by uplifting women in STEM and inspiring the next generation.

We’re endlessly proud of the women in STEM at GoodTime, and we’re eager to spotlight their talents. From our CEO to our engineers, we wouldn’t be where we are today without them.

Ahryun Moon went from working as a financial analyst, to transitioning into engineering, to ultimately becoming the CEO and Co-founder of GoodTime. Ahryun’s path to GoodTime was a winding road, and her experience in programming helped get her here.

Back in her financial analyst days, Ahryun wondered if it was possible to automate her job’s tedious tasks. Determined to make this happen, she learned the coding language Python. Within a few months, she built software that automated much of her work.

Soon enough, everyone in her finance department adopted her software. It saved the team about a month of work per quarter and allowed them to bring financial results to the business division a month earlier every quarter.

Her success led to a meeting with the CFO. Ahryun recalls her conversation with him: “He sat me down and was like, ‘Be selfish and tell me what you want to do. Do you want to be on a track to become a CFO like me?’”

“I thought about it and told him, ‘No. In fact, I want to quit my job to move to San Francisco and pursue engineering,’” she said. “And I did.”

So, how did GoodTime come into the picture? After spending years leveling up her engineering skills, Ahryun learned that—much like her financial analyst job—recruiters spend so much time on tedious tasks that they don’t have time to recruit. She wanted to bring automation to recruiters. Then, GoodTime was born.

The advice that Ahryun would give to her younger self: try STEM.  “Programming was never recommended to me, but it should have been,” she said. “Why are we still being limited? Women absolutely thrive in STEM.”

The Brilliant Minds of Our Female Engineers

Before Emily Pancake, one of GoodTime’s software engineers, started on her current career path, she received an inside look into the life of an engineer. She was part of a team that worked alongside many of them—all men.

“I remember thinking to myself, ‘These guys get to sit around and solve puzzles with each other all day long and everyone thinks they’re magic, and I’m smarter than most of them; I can do that!’” she said.

At that moment, Emily decided to join the ranks of software engineers. Yet when she started her first engineering role, she faced a reality that is all too familiar for women in STEM: her team consisted of 18 men and just one woman.

Emily loved writing code, yet she began to feel discouraged after getting assigned trivial tasks that didn’t make much of an impact.

“In some of the more frustrating moments in that role, I often wondered if people would take me more seriously if I was male,” Emily said.

Fortunately, Emily remarks, she has gained enough credibility and confidence to join more inclusive and welcoming teams, finally making her way to GoodTime.

“Tech teams are intensely eager to find—and keep—good female engineers,” Emily said. “This gives us a lot of power and it makes the journey very worthwhile.” 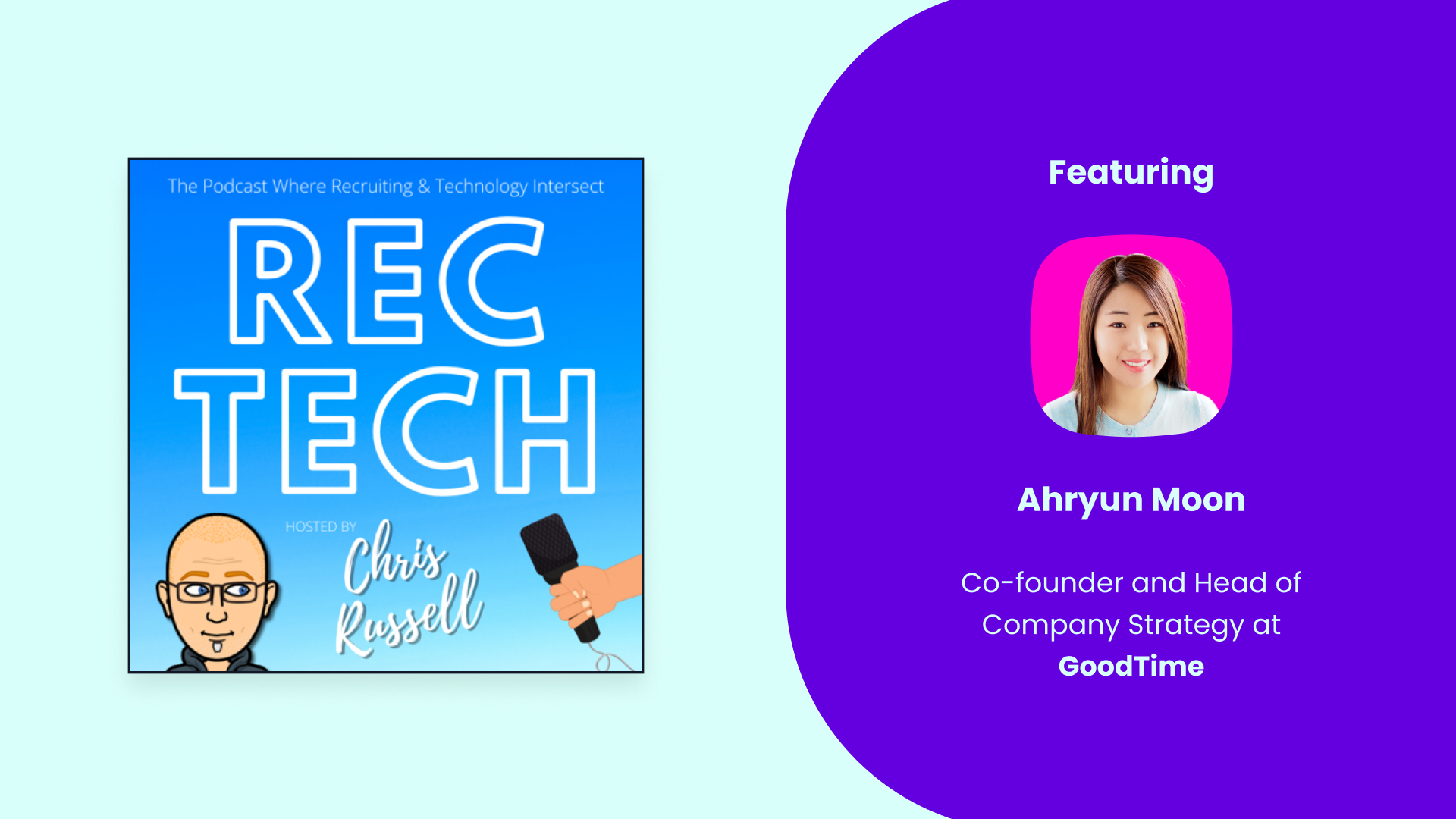 GoodTime’s Ahryun Moon Talks the Evolution of the Hiring Landscape